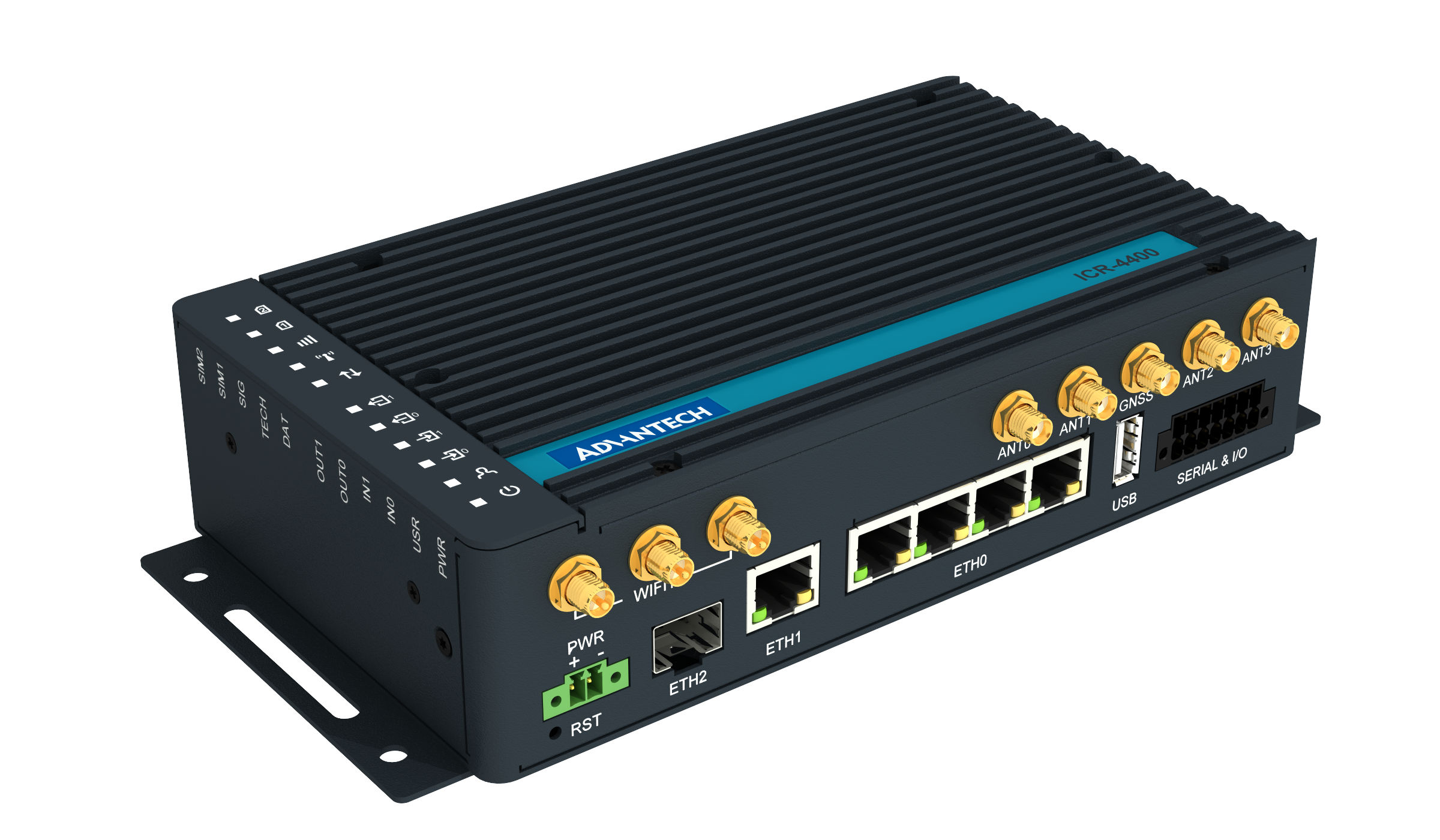 The ICR-4453 is an Ultra-high-speed 5G NR (New Radio) Router & Powerful Edge Computing Gateway focused on the global market. The 5G „gigabit“ speed and low latency is a real step to massive IoT and Enhanced mobile broadband (eMBB) applications - Mobile Internet access, Camera and security systems, Industrial systems, and many other high data demand applications. The router supports fallback via LTE (LTE-A Pro) and 3G networks for areas where 5G coverage is not developed yet.

The ICR-4453 is powered by the ICR-OS Linux operating system that provides a wide range of enhanced networking features. A secure Web interface allows users to configure and manage routers from remote locations. The router supports multiple configuration profiles, automatic firmware updates, etc. The router can be used as a powerful edge computing gateway because of the support of many ways of software customization. Users may insert Linux scripts and add new features by additional applications called Router Apps (User Modules).

There is an existing free library of Router Apps or the user may create own app using Advantech SDK. The gateway can easily run applications like Node-RED or Docker that open the way to a multi-container world.

The ICR-4453 is designed and manufactured for use in tough environmental conditions. Specifications include a wide operating temperature ranges from -40 to +75 °C. It accepts input voltage range from 9 V DC to 48 V DC and is equipped with sleep mode for reducing electrical consumption. As a standard, ICR-4453 is equipped with five Ethernet 10/100/1000 Mbps (1x independent and 4x switch), SFP cage (independent port), one USB host 2.0, microSD reader, serial lines RS232 and RS485, CAN Bus, two binary inputs, and two binary outputs. This router contains two SIMs readers, which are placed on the rear side of the device. There is also the possibility to use one eSIM. ICR-4400 has two mPCIe connectors that can be used for two WiFi modules. The router is supplied in a robust metal casing for a wall mount (DIN mount is optional).

ICR-4453 is easy to manage using WebAccess/DMP, full-featured cloud-based management, provisioning, and monitoring tool for mass deployment. The WebAccess/VPN is a perfect way how to create secure virtual private networks on the Internet.